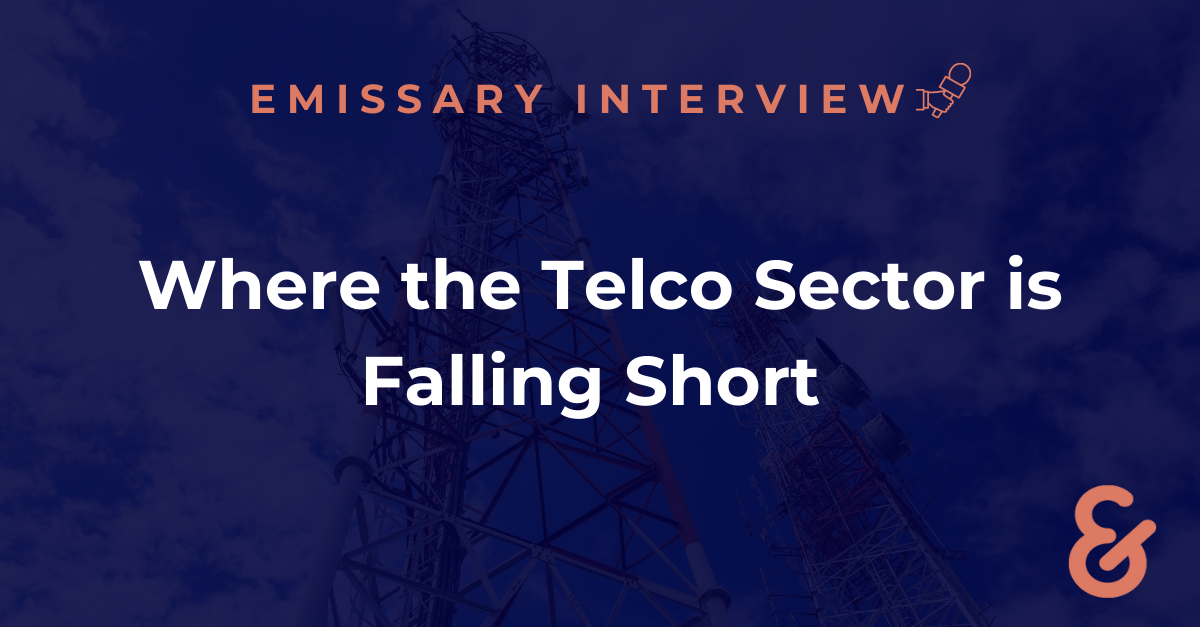 In this interview, we discussed the unique challenges of positioning new solutions to telco organizations with Kyle, former Chief Network Officer and VP of Technology and Operations at Verizon, who provided insight into how vendors can successfully approach telco.

Three key takeaways from the conversation:

What are some of the biggest things that you’ve seen change as far as how technology has transformed telecom and continues to do so?

There have been a lot of changes, but I think the common thread is that telcos continue to search for relevance in terms of services and innovation on top of infrastructure. I think telcos are very good at putting iron into the ground and laying fiber and cable, but the continued challenge is how to monetize that appropriately.

I think 5G and the Edge are two significant opportunities on the horizon. Some have even gone as far to say that those are last chances for some of the telcos out there. But spending billions of dollars on infrastructure to provide bigger pipes and more connectivity and more reach is a fantastic thing that the telcos are investing in. I think what’s most important is will they be able to innovate and offer the appropriate services at the Edge and with 5G to be relevant and to capture more of that value chain.

What are some of the crucial technologies that you think will be stepping in to help telcos stay out of that innovation curve? And where will they be looking to leverage technology to reach those goals?

I think migrating to the cloud is basically old hat at this point, but that’s not always true for some telcos. There’s still a lot of migrating to the cloud and cleaning up a lot of their older infrastructure. I think cloud-native as a term has been around for a long time now and it’s pretty stale, but there’s still several large telcos, Verizon included, that are working through that process. It might make more sense to leapfrog that and think through how to add efficiencies to help cut costs as much as they can so they can put that investment savings back into parts of their business that will need to grow.

It’s incredibly important to think about an ecosystem of technology rather than an isolated viewpoint. That’s new partners, new suppliers, new technology from the outside world as well as building their own. I think that’s definitely a critical step for Verizon and many other large telcos to differentiate beyond the pipes and ping type of company and really become a services-based technology organization.

How can vendors present themselves in a way that really resonates and that shows that they understand these innovation needs within telco?

I think it’s important to understand where large telcos are coming from. One side of the business is really tightening the purse strings as much as possible and the other side is, obviously, fueling the growth of the organization to move onto that next horizon. Understanding that is a very key, important part. There’s definitely investments that need to be made in both of those camps. It takes money to save money, in other words.

As a vendor approaching that, I think there’s great opportunity to add value in both sides of those telco businesses and not just focus on where they’re growing but also focus on capturing the opportunities in the traditional wireline business, because those are still very large, big numbers there. There’s a lot of good opportunities to not only help them spend their billions of dollars in new investments, but also to save and add efficiencies to their traditional side of the house.

Are there any cultural elements that you think would surprise vendors who are either new to the telco space? Or perhaps those who have initial contracts and are looking to grow and expand with them? Are there any things that you think are counterintuitive or not easily inferred from an outsider’s perspective that you think vendors would do well to understand?

I think that some vendors fail when they try to go the relationship route and they try too hard to simply find the right person in Verizon, and then have that person drive things. It’s a very large labyrinth, and it’s also a shifting labyrinth. As soon as you figure out the organization, it changes. Somebody new comes in and they shake up the top or they reorganize around a different structure, from functional to organizational, et cetera. So, putting too much onus on the person I think is something that a lot of vendors make the wrong mistake of, rather than putting a lot of onus on having the right problem solution or the right solution to the right problem.

Of course, finding the right people and advocates is important. Word of mouth goes a long way, and referrals go a long way within Verizon. And having an executive champion on is a very important thing to do, but that’s a small fraction of the overall equation. You need to be able to position your technology in the appropriate way to understand their problems and cater your solution to that. I think a lot of times vendors will come in with one flavor and one approach and that’s not necessarily going to work out too well.

How can vendors make those relationships that shouldn’t be the full focus of their strategy but still are important, especially in large and complex organizations like Verizon and like global telcos?

I think that a recommendation or referral, like I mentioned before, goes a long way from people in common. Testimonials from other customers are a double-edged sword. If you go to a Verizon employee and say, “Hey, this works really great at AT&T,” that can either solicit interest or backfire completely because they’re obviously trying to differentiate as much as possible, and that includes in their vendor selection. But I think if you can show that something has worked well for others and get that recommendation or referral and introduction, the relationship is definitely a good way to open it up there. But then, of course, to close it with technology that’s the lead punch once you get that. Understanding the messaging, understanding the audience, getting the right doors open at the right times is all very critical.

For more insights like this from serial executives and industry experts, you can connect with one of the thousands of advisors in our network from Fortune 1000 firms. Contact us here to see what an Emissary can do for your business. 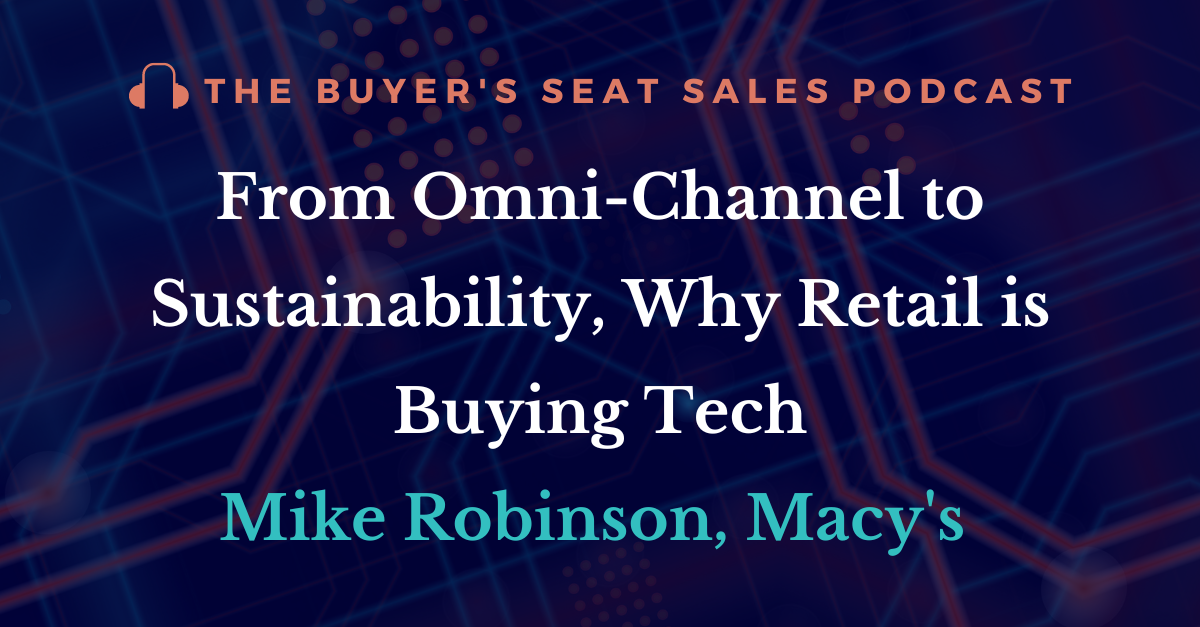 July 28, 2022 The Future of Retail Technology: From Omni-Channel to Sustainability Read More 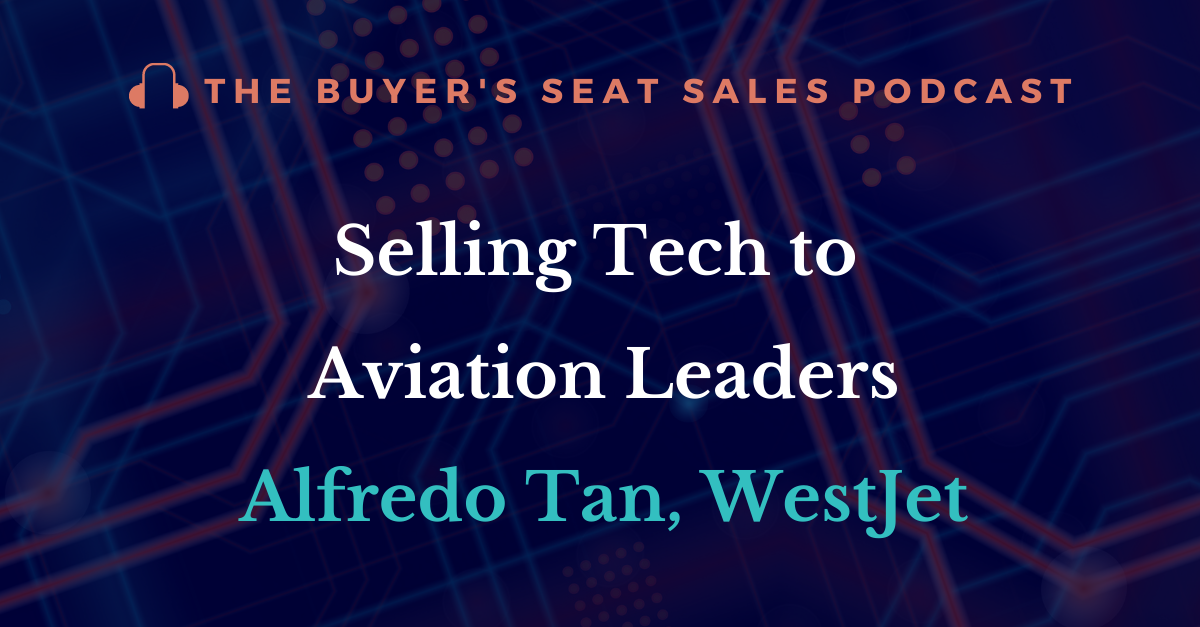