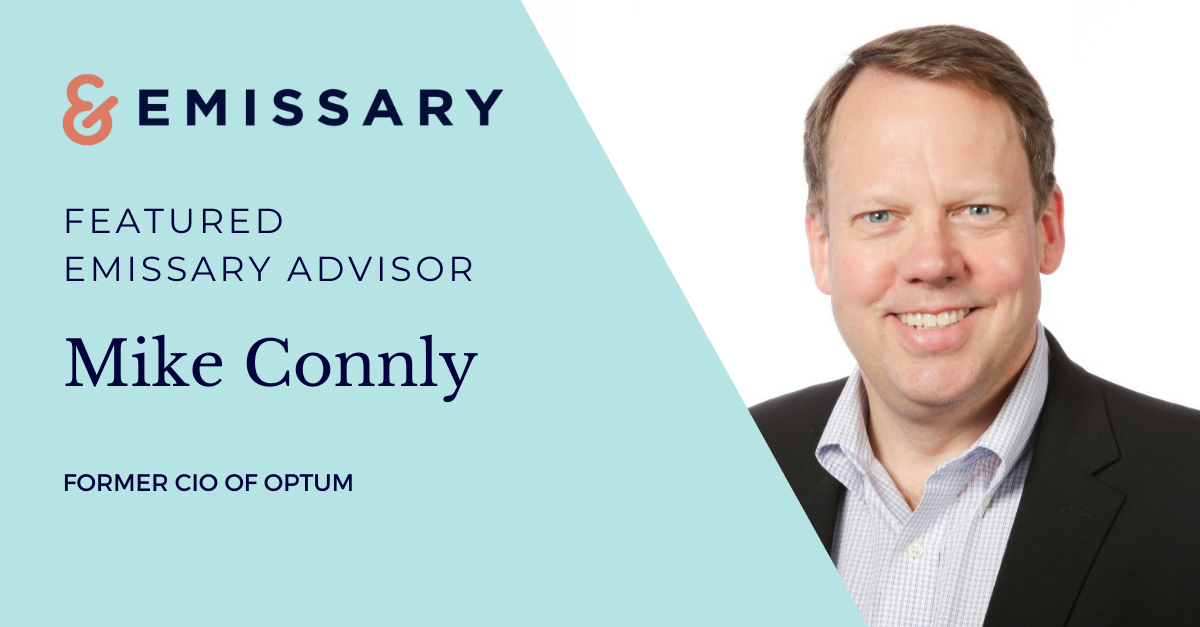 In late 2013, Mike joined the Optum business at UnitedHealth Group and led the Optum infrastructure team that helped stabilize the healthcare.gov website. This work continued until Mike was named CIO of Optum in 2015. He retired from UnitedHeath Group in late 2019 and formed Connly Solutions, LLC.

Interested in pairing with Mike? Contact us to access the Emissary Network to see how our Emissary Advisors can accelerate your sales and marketing teams’ success: