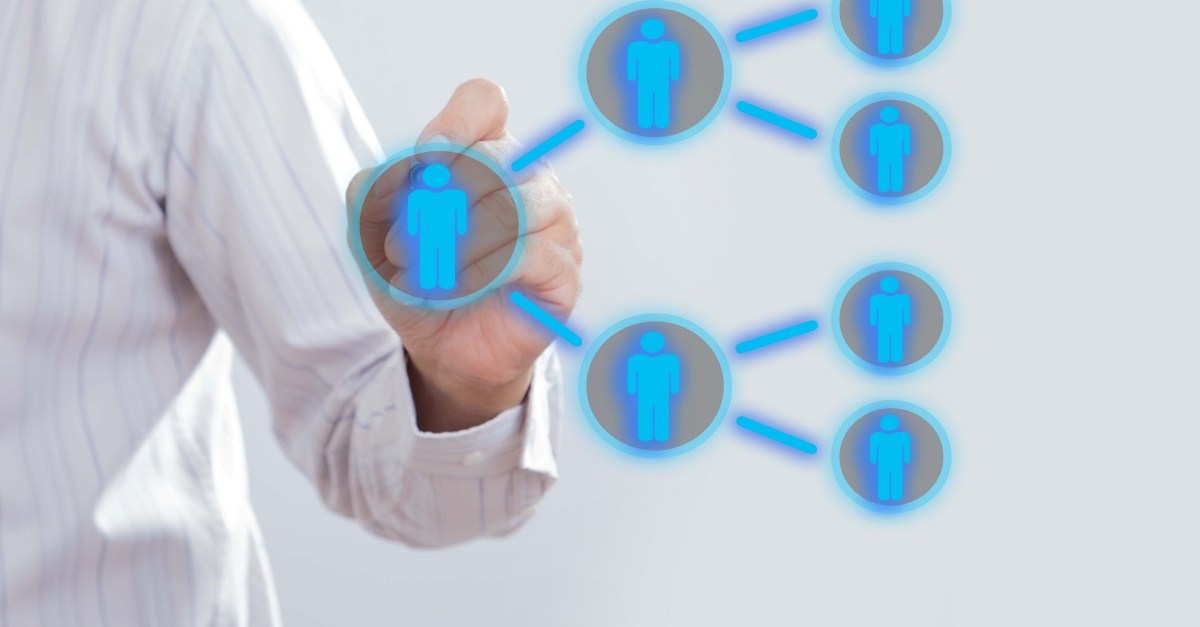 Relationship Mapping and the Dubious Value of Org Charts

Relationship Mapping and the Dubious Value of Org Charts

Meet Emma. Emma sells enterprise IT solutions to Fortune 500 companies, and she’s got a long list of SQLs to grind through this quarter. Emma’s optimistic—after all, there’s clearly interest in her company’s products, so all she needs to do is find the right decision-maker and suss out his or her pain points and make her pitch. So she heads over to her sales intel platform of choice and grabs a few org charts to do some relationship mapping.

Unfortunately, Emma’s about to have a very bad quarter.

That’s because org charts, while still useful, are hardly the treasure maps they once were. There was once a time in the not-so-distant past where Emma just had to look for the exec in charge of the purchasing decision, and X marked the spot. From there, all she had to was focus on that one decision maker, and channel her energy into getting their attention and interest. There was no need to worry with the middle managers or other functions because as long as she got the exec’s buy-in, she was golden.

It was a much, much simpler time. And though it may have been practically yesterday, that time is long, long gone.

Today, some 84 percent of U.S. employees are “matrixed” to at least some extent—meaning they work on multiple teams and/or report to different managers.

For Emma, this means that even at the executive level, there will be multiple stakeholders and a variety of teams and functions that will want to weigh in during the sales process. This increased drive toward “agile” workplace structures is partially why today a buying group is typically made up of six to 10 decision makers for a complex B2B solution.

This new way of relationship mapping doesn’t just add stakeholders to the mix, it also muddies the waters of decision-making, turning what once a simple task—determining who had the final purchasing authority—into a guessing game. Executives likely still control the purse strings, but who do they look to for insight on new tools? Who are the influencers? Who are the derailers? No org chart will tell Emma that.

“It’s really difficult to find out who to talk to in an organization,” said Jodi Watson, current Emissary and former CMO at Petco. “Just because someone has the title doesn’t mean they’re the one creating the action or developing the program.”

The fact is, it’s much harder to sell based purely on features and value than it used to be, it’s more important than ever for Emma to know who pulls the strings from behind the scenes and whose opinion carries more weight in the buying decision—and she won’t get that from relationship mapping an org chart alone.

“In my career, never has someone with the executive title actually been the nexus of a vendor relationship mapping or the start of a vendor relationship,” says Watson. “It’s always someone who either works for that person or a real go-getter in another department who’s been influencing that department. It really helps to know who the players are and how to navigate within that organization at the beginning of and throughout an engagement.”

Relying on an organizational chart doesn’t just create problems further down the funnel. It can also make prospecting a nightmare, leading to wasted time and effort and, ultimately, costing Emma deals because she didn’t know the right person to target. Consider that, according to Hubspot, 42 percent of sellers identified prospecting as the most difficult part of the sales process, more than the number who said closing or qualifying are hardest. And it’s easy to see why.

It takes an average of 18 calls to connect with a buyer, and just 24 percent of sales emails are opened. There are a number of reasons why these numbers are so dismal, but not least among them is the fact that sellers’ outreach efforts are targeting people who have little or no say in the buying process. That’s likely due in large part to a stubborn reliance on org charts to tell them who to target.

Further complicating the prospecting process is the fact that today’s busy HR teams rarely have time to update org charts. And since more than three million people voluntarily quit their jobs each month, it’s highly likely that any given org chart is at least a few months out of date. That means there’s a strong chance the person Emma’s targeting might not even be with the company anymore. Talk about shouting into the void!

Making org charts work for you

We’re not saying org charts are entirely useless. When taken at face value and used in a vacuum, they’re unlikely to lead to a close, or even a meeting. But when coupled with inside insight into a prospect organization’s priorities, pain points, and politics, they can provide a useful overview that Emma—and other sellers like her—can use to target the right stakeholders with the kind of messaging that resonates most.

To do that, she’s got to dig deeper and find someone within her network who can point her to the real decision-maker(s), identify influencers and obstacles, and guide her on a path to a successful close. Emma should also leverage the power of referrals from existing clients—something that few salespeople seem to do.

“Vendors these days are more successful if they have an ‘in’ at an organization,” Jodi added. “People are extremely busy, and most potential buyers have done their homework internally. So it really helps to have a good reputation in the industry. When my peers at other companies invite me to drinks at at conference, and one says, ‘Hey, I really loved XYZ company, and they helped me do ABC,’ I’m going to give that vendor a lot more weight than I would if they had just cold called me.”

Emma is going to learn some hard lessons by relying solely on org charts, but you don’t have to. They’re still a valid tool in your toolbox, but they’re no longer the foolproof map to success they once were. They might still contribute to a successful close—but only if you get some expert help along the way.

Today’s agile workplace and ever-shortening employee tenures have made org charts unreliable at best—and complete non-starters at the worst. They contribute to poor prospecting success and can lengthen sales cycles when it takes multiple meetings to get the right decision-maker in the room. Instead of relying solely on org charts to point them to the person who holds the purchasing power, today’s sellers need to augment their outreach with expert insight into pain points, priorities, and office politics. Those who don’t have little chance of breaking in to today’s heavily matrixed and highly collaborative enterprise organizations.